BURLINGTON, Massachusetts (March 10, 2017) – Arcadia Healthcare Solutions announced today their rating in a recent KLAS report in their core Population Health Management technology market. “Arcadia Healthcare is new to the KLAS PHM report this year, but they are not a newcomer to the population health space,” stated the report Population Health Performance 2016. Of particular note in the KLAS report is the confirmation of Arcadia’s leadership in the scale of EHR and claims connectivity1 – critical to achieve population health objectives. Of those Arcadia customers interviewed, 100%2 stated Arcadia was part of their long-term plans, and 100%3 of interviewed customers said they would buy again.

PART OF LONG-TERM PLANS VS. ADAPTS TO EVOLVING NEEDS 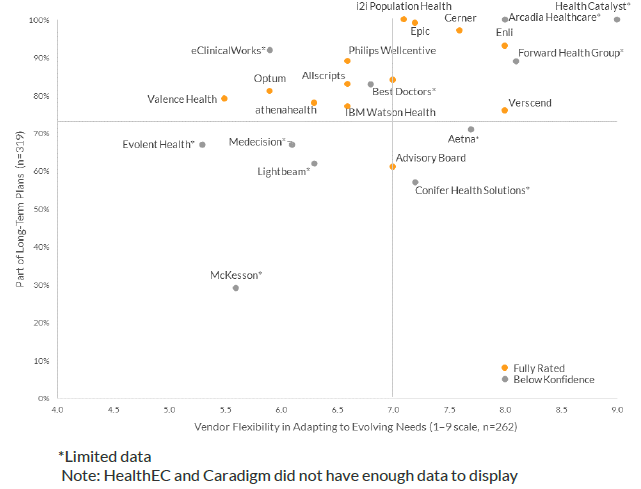 Arcadia has the highest Median Number of Data Sources (including those from both Electronic Health Records and health insurance claims) among fully rated vendors and vendors below Konfidence while still maintaining above average performance in the Ease of Establishing and Maintaining Data Feeds, as seen is Figure 2.

EASE OF ESTABLISHING AND MAINTAINING FEEDS 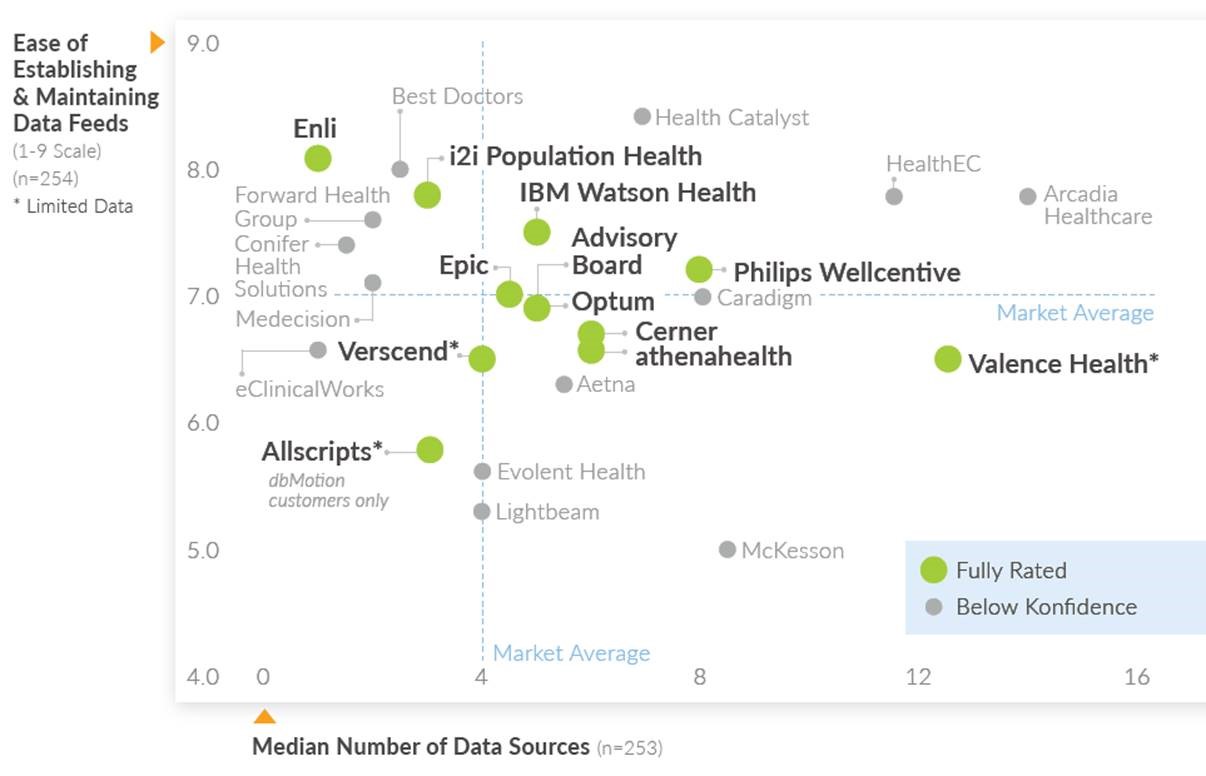 Beyond the scale that Arcadia has achieved to be furthered by recent investments, Arcadians continue to drive a mission of delighting their clients, as demonstrated by a KLAS Performance rating of 85.24.

“The feedback we get from our customers via KLAS is a primary driver for our product roadmap and company strategy,” said Sean Carroll, Chief Executive Officer of Arcadia. “The focus of KLAS’ report on the ease of implementing and maintaining connections to electronic health record and claims data sources and our performance in those areas is a strong endorsement of our platform strategy, a clear endorsement of Arcadia being deeply considered for any healthcare enterprise looking to be successful in value based care.”

Data and quotes cited above are sourced from “Population Health Management 2016: The Training Wheels Are Off” December 2016 © 2016 KLAS Enterprises, LLC. All rights reserved. www.KLASresearch.com.

1 Based on highest average Median Number of Data Sources among all fully rated and below konfidence vendors, Figure 1, Page 3 of the report.

2,3 Page 139 of report. Arcadia was included in the report as a below konfidence vendor because fewer than 15 interviews were conducted.

4 Page 87 of report. Arcadia was included in the report as a below konfidence vendor because fewer than 15 interviews were conducted.

KLAS is a research firm on a global mission to improve healthcare delivery by enabling providers to be heard and counted. Working with thousands of healthcare professionals and clinicians, KLAS gathers data on software, services and medical equipment to deliver timely reports, trends and statistical overviews. The research directly represents the provider voice and acts as a catalyst for improving vendor performance. To learn more about KLAS and our reports, visit www.KLASresearch.com

Read more about Arcadia at KLAS 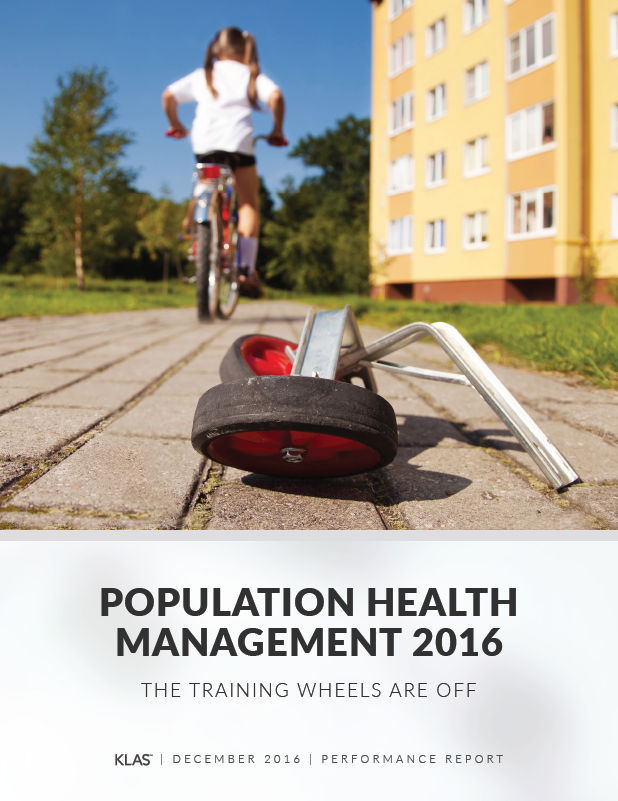